National Geographic Program on Stress: This program originally aired in 2008 – it is an excellent program on the relationship between stress and our physiology and explores the kinds of social, emotional, and physical interactions that contribute to our experience of stress as well as the cost to our health – even down to damage to our chromosomes. Of course we all might be aware of this relationship on a surface level but Sapolsky’s work does a magnificent job showing us what the cost to us is if we keep ignoring the ways in which we expose ourselves and handle stress in our lives – there are some interesting conclusions and suggestions for mitigating 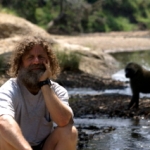 The stress response: in the beginning it saved our lives, making us run from predators and enabling us to take down prey. Today, human beings are turning on the same life-saving physical reaction to cope with 30-year mortgages, $4 a gallon gasoline, final exams, difficult bosses and even traffic jams — we can’t seem to turn it off. So, we’re constantly marinating in corrosive hormones triggered by the stress response.

Now, scientists are showing just how measurable — and dangerous — prolonged exposure to stress can be. Stanford University neurobiologist, MacArthur “genius” grant recipient, and renowned author Robert Sapolsky reveals new answers to why and how chronic stress is threatening our lives in Killer Stress, a National Geographic Special. The hour-long co-production of National Geographic Television and Stanford University was produced exclusively for public television.

In this revelatory film, discoveries occur in an extraordinary range of places, from baboon troops on the plains of East Africa to the office cubes of government bureaucrats in London to neuroscience labs at the nation’s leading research universities. Groundbreaking research reveals surprising facts about the impact of stress on our bodies: how it can shrink our brains, add fat to our bellies and even unravel our chromosomes. Understanding how stress works can help us figure out ways to combat it and mitigate negative impacts on our health.

For over three decades, Robert Sapolsky has been working to advance our understanding of stress — in particular how our social standing (our place in various hierarchies) can make us more or less susceptible to the damaging effects of stress. Throughout the film, he weaves the grim realities of the impact of chronic stress with his wry observations about 21st century life. “The reality is I am unbelievably stressed and Type A and poorly coping,” says Sapolsky. “Why else would I study this stuff 80 hours a week? No doubt everything I advise is going to lose all its credibility if I keel over dead from a heart attack in my early 50s. I’m not good at dealing with stress. But one thing that works to my advantage is I love my work. I love every aspect of it.”

The film is based partly on Sapolsky’s best-selling book Why Zebras Don’t Get Ulcers: Stress, Disease and Coping. In addition to his professorship at Stanford, Sapolsky is a research associate with the Institute of Primate Research at the National Museum of Kenya. He is also the author of Monkeyluv, A Primate’s Memoir and The Trouble with Testosterone, a Los Angeles Times Book Award finalist.

For more information about stress and Robert Sapolsky — including clips from the documentary, a video Q+A, links to podcasts, books and more experts on stress — visit the film’s website:

Killer Stress was co-produced by Stanford University and National Geographic Television. The partnership is the first of its kind in the country and features a major research university joining forces with a distinguished production and educational institution to create original and compelling programming in the areas of science and technology for television audiences.

Below is a link to take the National Geographic Stress Quiz