CASRD Tutorial: Mouse over the diagram below and click on the highlighted sections to read the descriptions. The following is an interactive educational tutorial on compulsive-abusive sexual-relational disorders, a different way of understanding patterns of infidelity, sex addiction or compulsive sexual behavior, and sexual acting out concerns. Starting at level 5 at the bottom is the first and foundational factor that contributes to the formation of compulsive-abusive sexual-relational disorders (CASRD), and you can work your way up the diagram to understand the critical components of the disorder in terms of underlying factors, diagnosis and treatment.

The Diagnostic and Clinical Treatment Formulation for Compulsive-Abusive Sexual-Relational Disorders (CASRD) developed by Dr. Omar Minwalla (2013), emphasizes not only sexual and relational acting out patterns (problematic sexual behaviors alone), but also an integrity and conduct disorder with associated dynamics of perpetration, violation and abuse of others, such as patterns of lying, deceptive tactics, victim-blaming, and covert psychological manipulation (SAIP = “sex addiction-induced perpetrations”). This is foundational and important. To ignore the ways one is abusive to human beings and the ways one violates the human rights of others as “non clinical” is inadequate, if not unethical. If considered clinical, then there is the need for a diagnostic and treatment model that addresses both sexual compulsivity and integrity disorders involving intimate partner abuse.

The “compulsive-abusive” (CASRD) diagnostic system and clinical formulation is one such clinical model that offers both a diagnostic and treatment method for both sexual behavioral disorders (sexual addiction/compulsivity) and the associated integrity violations and abuse of human beings, or intimate partner abuse. Thus, it conceptualizes these disorders existing on a spectrum of both compulsive sexuality and abusive conduct or integrity disorder, with complex and varied etiology and underlying factors, such as developmental and complex trauma, gender pathology, personality disorders or character disturbance and un-integrated sexuality.

The problem with the current sex addiction and compulsive sexual behavior treatment models is the omission of clear diagnosis and direct clinical treatment of the abuse and integrity disorder, which is pathology. Instead they focus predominantly on the “lack of control over sexual behaviors” and developing tools to gain behavioral control. The focus is on “sexual sobriety” alone, not also on the integrity disorder, abuse or perpetration as a clinical diagnosis worthy of treatment. The “compulsive-abusive” model acknowledges both aspects of this disorder, the sexual behavior part and the integrity and abuse part. This then naturally leads to the treatment of the victims of abuse with an understanding of the trauma that occurs with this type of abuse and harm.

Traditional models diagnose and treat only the patterns of problematic sexual behaviors. This leaves out the diagnosis and treatment of an abuse disorder, rendering traditional models gravely incomplete and reduced to a simple view of these complex problems, treating only one part of a two-part problem. Further, because there is avoidance and omission of the abuse part of the disorder, there is often a lack of recognition of the trauma it is causing to others, termed sex addiction-induced trauma (SAIT). This results in no model to treat victims of this type of abuse, leaving partners and spouses and family members without appropriate clinical treatment or care.

Furthermore, the compulsive-abusive model understands these disorders as being a symptom of underlying factors and pathology and not just simply a brain disease. Sex addiction only explains compulsive patterns of sexual behavior, but does not and cannot adequately explain intimate partner abuse and problems with integrity. Thus, the compulsive-abusive model recognizes a spectrum of possible problems from lacking control over sexual behavior to patterns of lying, deception and abusive manipulation.

Further, it recognizes that the “lack of control” over sexual behavior may be diagnostically compulsive as in the neurological erosion of will power, but that such behavior can also be the result of an abusive psychology of sexual entitlement, rather than a compulsivity problem. The repetition in behavior despite negative consequences can be due to a “lack of control” but can also be due to “unwillingness to control” or “not being motivated by integrity or morality”. Often these problems include some degree of both dependency and inability to control sexual behaviors and also some degree of abusive sexual entitlement, which is not a brain disease or addictive process at all.

At the foundation of compulsive-abusive disorders (CASRD) is underlying trauma, most often complex traumatic stress disorders (CPTSD). Complex trauma results from repeated patterns of emotional, psychological or physical harm that occurs over time, often during childhood and adolescent development. Complex trauma shapes a person’s ability to experience emotions and reality, develop a cohesive and healthy sense of self, and develop healthy attachment and ways to establish intimacy with human beings. Complex trauma and the habitual coping patterns used can later shape a person’s personality, or adult modus operandi (Level 3).

A specific type of complex trauma occurs to our gender development, even though this is rarely discussed or made conscious in our society and causes gender pathology, which refers to the unhealthy ways we think and act related to our gender identity. For example, the way society defines masculinity often includes teaching boys and men unhealthy ideas of what it means to be a man and how to gain gender esteem. Sexual acting out is often a way of regulating gender ego and driven by gender needs that are unconscious. Sexual entitlement over the human rights of a wife, for example, is a traditional psychology for men. So, one factor that contributes to compulsive-abusive disorders is gender problems, or gender pathology.

The patterns of harm involved in level 5 and level 4 results in the human being developing strategies of coping based in survival. It is actually these habitual patterns of coping that results in patterns in the personality. Some people develop personality disorders, which are like a person’s modus operandi, or a person’s habitual methods of relating, behaving, thinking, and feeling in daily life that are maladaptive. This level also includes character disturbance, which are deficits in a person’s conscience (Simon, G. 2011). This is similar to the concept of an integrity disorder, which is defined as a lack of integrity in the personality. These personality and character problems often play a significant role in compulsive-abusive sexual-relational disorders. In fact, it is often these underlying diagnoses that result in and explain diagnostically the abusive conduct and intimate partner abuse.

Sexual Development and Integration: It is common for people to have unprocessed sexual wounds and trauma and a lack of healthy integration of sexuality.  Complex trauma related to sexual shame, conflict, fear and anxiety may often exist.  This sexual underdevelopment coupled with sexual wounding and conflicts may contribute, not excuse, to compartmentalized and abusive sexuality.  How this relates to each individual’s compulsive-abusive disorder is unique, but often there are relevant issues around sexual immaturity (including inaccurate or inadequate sexual ideas and information) and the lack of integration of sexual integrity, which includes sexual self awareness and authentic integration, based in part in profound lack of external permission.. Authentic sexual integration often includes learning how to express and manage one’s true sexual nature and become conscious of one’s sexual processes, cognitive, emotional and behavioral as well as relational and societal, etc. The lack of an honest sexual awareness, healthy maturity and sexual integration will often lead to sexual and relational problems.

These are observable clinical symptoms and syndromes, that are caused by life events as they intersect with the levels underneath, level 5, level 4 and level 3, as well as the sexuality lens.

Sexual acting out problems and patterns of infidelity are often problems that involve two primary pathological or disordered systems. One system relates to a person’s ability to control sexual behavior and the other system relates to a person’s ability to manifest integrity versus violating integrity, resulting in harm or abuse of others and human rights. Thus, a compulsive-abusive disorder is defined and based on a disorder that involves two diagnostic systems of the disorder, which often overlap and present together. Traditional models for sex addiction of compulsive sexual behavior only diagnosis and treat one system of this two-system pathology or disorder.

Thus, whether sexual-relational behavioral patterns are “compulsive” or not, while important, is not all that is important. That these behaviors are abusive and causing serious harm and violating human beings is also important and thus, needs clinical accountability and a way to address whatever is causing this harm. Thus, whether it is anti-social rage, male sexual entitlement, or a compulsivity disorder that is causing sexual-relational patterns that are abusive and harmful to human beings, all contributing factors require treatment. The field and people seeking help need a clinical model of diagnosis and treatment that addresses both aspects of these problems, rather than continuing to narrow the scope to just diagnosing and treating specific sexual behavior patterns. 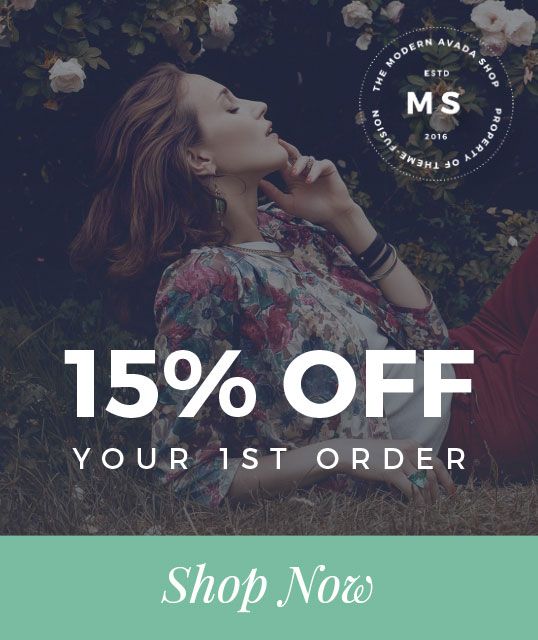 Tweets by theme_fusion
Go to Top